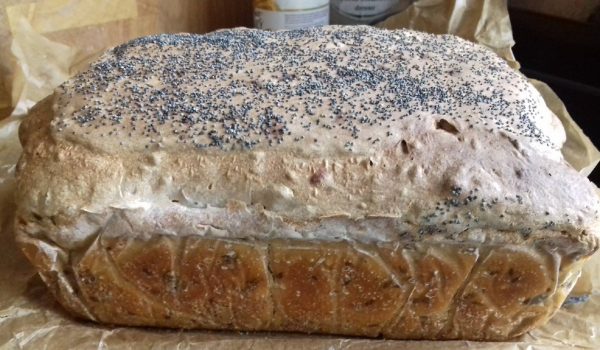 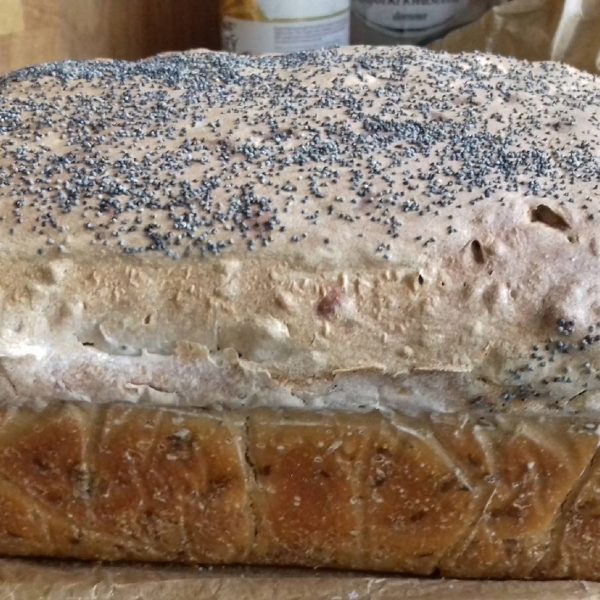 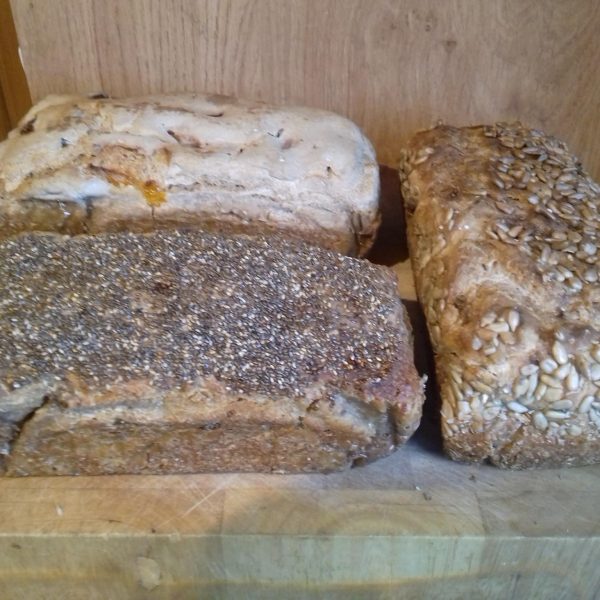 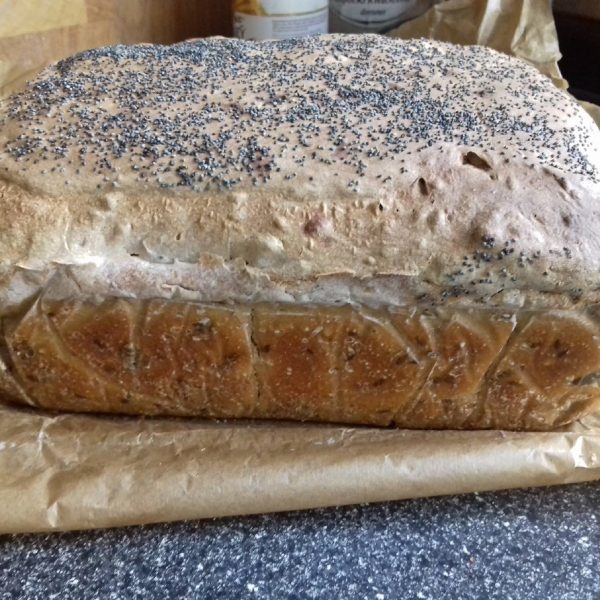 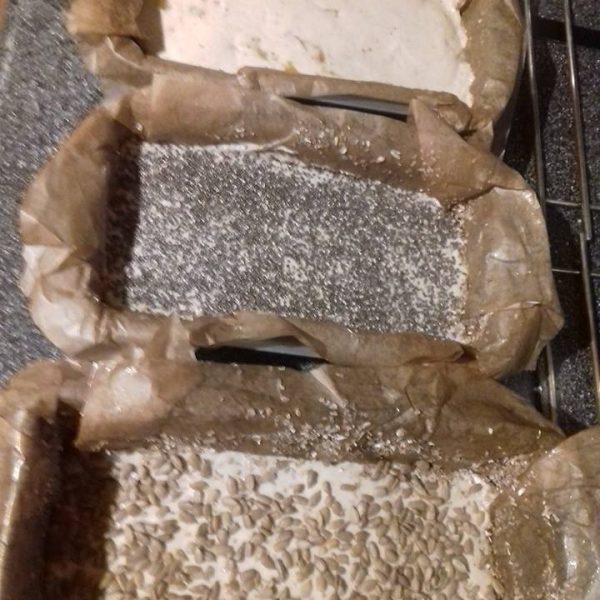 To make a bread mixture, you need to have flours you like. I usually use rye and wholemeal rye flour, sometimes adding spelt, wheat or buckwheat flour. Depending what size of bread mould you have, you add more or less flour-for the big mould, to make a big loaf of bread I add 5 cups of flour altogether, it is up to you what flours you use, it can vary, it is totally up to you! If you want to make a small bread, you need to use a small bread mould and add 3 cups of flour.

Into the bowl we put:

Once everything is mixed (with your hand) and the consistency is creamy, we can put a handful of the mixture back to the jar- I like to leave it for a few days without the fridge, it becomes sour quicker and then store in the fridge, but make sure you do not close the lid too tight as the sourdough is growing and it releases some kind of sour air bubbles as it ferments that need to come out. Leave it in the fridge for at least few days before using it again, it needs to mature.

The next step would be adding seeds and dry fruit that you like to the remaining mixture. I would cut the fruit earlier into smaller pieces so that they are all over the inside of the bread, not just two or three places.

Now we need to get the mould ready by putting in the baking paper, covering this paper with a thin layer of for example lard or goose fat (that is what I usually use) and sprinkle with rye or wheat brans so that it is all over the paper.

Once it is done, you can put the mixture into the mould and sprinkle the top of it with any seeds you like. I often use pumpkin seeds, but you can use sesame seeds, poppy seeds, sunflower seeds, flaxseeds or chia seeds. It is really up to you how you decorate your bread. I usually make it in the evening so that when I wake up in the morning, it is grown enough to put in the oven or sometimes I wait another few hours, depending how warm is in the kitchen, it will grow quicker or slower. Make sure you cover the mould with a cloth so that the bread does not dry out on the top that would prevent it from growing or make it grow much much slower. Bake it in 180 degrees for about an hour until the crust is golden.