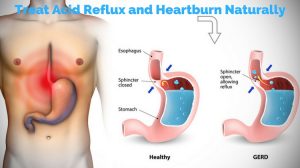 I would like to explain a bit how important it is to have a LOW ph= HIGH acidity in the stomach!

Nowadays many people deal with such an unpleasant condition like reflux or heartburn where symptoms like burning in the throat and around the heart are common. They sick medical help and what do they get in response from the doctor?
They are prescribed drugs, often very expensive ones to neutralize gastric juice that makes the ph so high that it (gastric juice) literally becomes water that is why the symptoms are gone for a  while. Such drugs can be bought in nearly every shop or petrol station without prescription and people by taking such medicine think it will solve the problem.

That is totally wrong! They will only ease the pain but should we not find the reason why do we have a heartburn in the first place, instead we harm our bodies even more, not realizing that such medicines for neutralizing gastric juice and hydrochloric acid are very very harmful for the membrane of the stomach when used for a longer term. Our stomach membrane becomes so fragile like paper – it tears apart in hands- one oncologist said on one of the lecture he was a guest of. He was doing an operation on a man that was taking such drugs and he could not save the stomach, he could not put it all back together, he had to cut it all out, making that person a cripple for the rest of his life. Is it worth it to go the easy way and simply take such drugs in bulk! I do not think so!

If the ph is 1-2, it is great! However, if it starts to go higher, from 3 upwards, that is where we start having problems with digesting and absorbing the food we eat. If the ph goes above 5, then it is really bad because we barely digest and absorb all the nutrition that is necessary for our body to stay healthy!

Like I wrote earlier, when the stomach juice is neutralized, the heartburn goes away. Why is that? Well, the explanation lies in the ph, the higher the ph, the lower the acidity of the gastric juice. What has it to do with the reflux or heartburn?
We get heartburn or reflux because our stomach acid is NOT ACIDIC ENOUGH! Simple, is it not? So why should we not make it acidic and the problem is gone and our body will benefit from such action! We could, but how many people know about it, how many of us would be told by his/her doctor about it? Not too many, because very often doctors would not even know about it! They would only treat the symptoms whereas the treatment should start from putting the ph to the level where such terrible and uncomfortable symptoms would be gone!

Now I would like to explain how does it happen that the gastric juice is splashing so high up to the esophagus causing heartburn. When the juice is very acidic, the sphincter (you can see that valve well on the photograph attached) keeps the stomach closed away from the esophagus and that is very good because all the nutrition would be digested and absorbed right, just like it should be. However, once the stomach acid becomes neutralized, ph goes above 3 and that is where we start feeling unwell and it is not only because of the symptoms like heartburn or reflux. Our whole body suffers from it that can be felt and seen by a person sooner or later. Such neutralized gastric juice cause the sphincter to open and that is where the splashing up of the juice starts. We feel a great relief after taking such drug because it inhibits the excretion of the hydrochloric acid totally, and even though the juice is still splashing up to the esophagus, we do not feel it anymore because the ph of the gastric juice changed to 6-7, does not cause any symptoms. It is because such high, neutral ph equates water. That is what all those drugs do. So now an important question comes up! How are we supposed to digest and absorb all the necessary nutrients from foods when very often such drugs literally DEACTIVATE our stomach for nearly 24 hours!

Not saying about the fact that if the gastric juice is not very acidic, many important nutrients will not be digested like they should be, for example:

1. Vitamin B12 that is nearly in every cell of our body, needs hydrochloric acid to be activated; this vitamin’s major role is in the function and protection of the nervous system; this vitamin’s dependant enzymes are involved in the production of the red blood cells; involved in methylation (very important biochemical pathway) and in metabolism of cholesterol, amino acids and fatty acids,
2. proteins that break into amino acids would not be digested right and very small (molecular) pieces would get into our blood circulatory system where our body would see those tiny little pieces as the enemy that needs to be fought with causing health problems, like many sorts of allergies, asthma; some pieces not digested right go through duodenum to the small intestine where it simply starts to rot,
3. some amino acids are essential, means we can not produce them in our body so we have to take them from food, but what if the juice is so neutralized that we can not digest those amino acids, that is where the problem starts; INSULIN has such a complicated protein structure and if there is a lack of one of the amino acids needed to build that structure, we will not have insulin (crucial in lowering the blood sugar balance).

Our stomach juice acidity lowers down with age that is why it is so important to support our body by doing the right things to make it as acidic as possible! Many people deal with ARTHRITIS, because their stomach juice is not as acidic as it should be and those people would not even know about it.

The right thing to do here is to STOP DRINKING WHILE EATING! I am writing this not only to those who have visible symptoms like reflux. We should not be drinking anything just before, during and just after the meal. By drinking with a meal, we only dilute, neutralize our juice that NEEDS to be very acidic if we want to digest and absorb all the necessary nutrients from the food we eat to stay healthy, look and feel great!

Very easy and simple way to make our stomach juice more acidic, start drinking APPLE CIDER VINEGAR (start with 1 teaspoon) diluted in half a glass of water around 30 minutes before a meal and not drink anything until half an hour after a meal! I guarantee you feel much better with time!